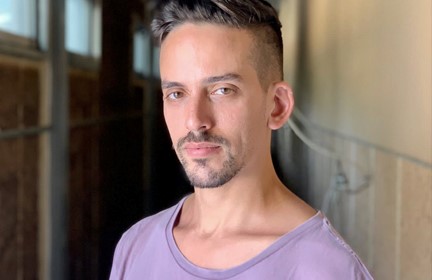 Born in 1987, in Afula, Israel, Etai began dancing at the age of 4 at the Gafni School of Dance with Denise Peri. He further pursued his training at the Royal Academy of Dance (RAD) Summer School in London as well as with the Netherlands Dans Theater (NDT) program in Hague. Winner of three scholarship awards from the America-Israel Cultural Foundation, in 2006 he won third prize at the Mia Arbatova Ballet Competition. Throughout his prolific career as a dancer he danced with the Bat-Dor Dance Company directed by Jeannette Ordman and with the Kibbutz Contemporary Dance Company working alongside leading choreographers such as Rami Be’er, Idan Sharabi and Krisztina de Châtel. In November 2014, Etai joined the Vertigo Dance Company.