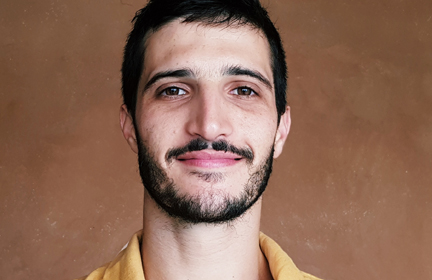 Born in 1991, Shachar grew up in Yessod HaMa’ala, a farming community in the north of Israel. As a teenager, he was an avid trainee and one of the leading young Triathlon practitioners in Israel. Following his army service in a special forces IDF unit, it was only at the age of 23 that he enrolled to the Vertigo Dance Workshop with the intention to further his acquaintance with Contact Improvisation. A year later, he was accepted as a dancer at the Kolben Dance Company, and later collaborated with choreographers Noa Dar and Maya Michlal Gelfand. In August 2017, Shachar joined the Vertigo Dance Company.