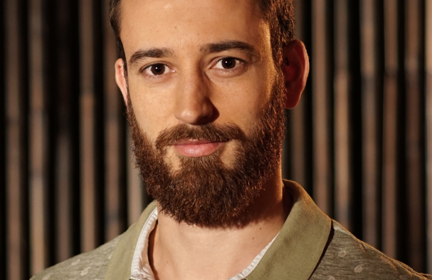 Born in 1982, in Porto, Portugal, Daniel began dancing at the age of 18. In 2006, he graduated from the Codarts Rotterdam Dance Academy and continued to establish his career in the Netherlands as a dancer with Scapino Ballet Rotterdam, Dansgroep Krisztina de Châtel, and Dansgroep Amsterdam, working alongside esteemed choreographers such as Ed Wubbe, Krisztina de Châtel, Stephen Shropshire, and Itzik Galili. He came to Israel in 2010 as Rehearsal Director for the re-staging of Pulse by Krisztina de Châtel with the Kibbutz Contemporary Dance Company, joining the company later on as a dancer. In August 2015, Daniel joined the Vertigo Dance Company.